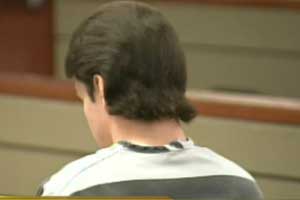 Two teens will soon learn if they’ll go on trial for murder. One of the teens, the son of Merced County’s District Attorney.

The hearing for Ethan Morse and Jacob Tellez was delayed for hours when defense attorneys learned about a follow up witness interview from two weeks ago that they never had a chance to review.

Morse and Tellez are accused of murdering 18-year-old Bernabed Hernandez Canela at a house party near Atwater in March of last year. Merced County sheriff’s deputies believe Tellez pulled the trigger and Morse drove the getaway car. They say Tellez later pocket dialed 9-1-1 and was heard discussing the shooting.

Defense Attorney Adam Stewart said, “It’s not an admission, it’s certainly not reliable evidence upon which you can base a murder conviction.”

Detectives say witness statements show Morse and several friends were leaving the party when they heard gunfire coming from the back of the house. Those shots killed 16-year-old Samantha Perreira and 19-year-old Matthew Fisher. Jose Botello and Jose Carballido are charged with their murders.

“Did he say at one point he saw flashes out in the orchard?”

Witnesses who were inside Morse’s SUV told detectives he started driving away from the scene when they spotted Hernandez Canela walking nearby. One passenger claimed Tellez announced he was going to shoot him “for the hood” — and then pulled out a black revolver and fired twice through a rolled down window. Another passenger said Morse encouraged it by asking “you gonna do it?” But defense attorneys argue the witnesses were coerced into making those statements.

The preliminary hearing will continue Thursday morning with witnesses from the night of the shooting expected to testify. When it’s all over the judge will decide if there’s enough evidence for a murder trial.