Teen testifies against friend in shooting 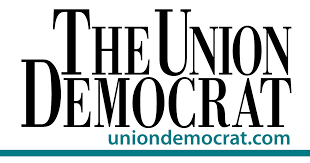 A young man testified against his friend for much of the day Friday, during the trial of a suspect in an April shooting in Twain Harte.

Eric Haddan’s testimony was part of a deal prosecutors struck with him, after he was also charged in connection with the crime.

Haddan, 19, appeared in court wearing a white button up shirt, his

head shaved. He looked straight ahead solemnly, only allowing his eyes

to dart toward Walther a couple times.

from friend Joey LeCompte’s phone. He ignored them at first, but

It was Walther, asking Haddan to pick him up from the concert.

When Walther got in the car, he was “edgy,” talking about his dislike

for Dyer, known as “Too Tall.” Walther told him to stop at a footbridge

at the head of a trail leading into the park.

He asked about a gun he knew Haddan kept in his car, took it from

under passenger seat and said he’d be right back, Haddan said.

“I told him whatever he does is on him,” Haddan said.

Hovatter asked him why he didn’t stop him.

“I figured he wanted to beat him up or put a gun to his head, make him scared, so I went along with it,” he said.

Haddan was waiting in his car when another teen, Shawn Pello,

approached. Pello told him something bad was going to happen and he

Haddan offered Pello a ride, but he declined.

“But Brandt Walther was going to come back with your gun,” Hovatter

said. “Didn’t you think that was going to be a little awkward?”

“Yes, I wanted a reason to leave,” Haddan said.

“That would have left Brandt Walther in a bit of a jam wouldn’t it?”

“It would have,” Haddan said.

Walther reappeared and got in the car.

He took Walther home, then went home and went to bed. The next

morning, he got a message from Walther telling him to hide his clothes

Haddan burned his clothes and hid down the street, he said. Law

enforcement officers arrived shortly thereafter, and he turned himself

Haddan ultimately pleaded guilty to assault with a firearm. He led

investigators to the gun, was sentenced to 10 months in jail and will

be on probation for five years.

Haddan’s image, the gun, changes in his testimony and the agreement

Stewart concentrated on in his cross examination.

He asked about his white Cadillac, suede gloves Haddan said he often wore, and the gun.

“You drive around with a gun in your car, in a lowered Cadillac, with gloves on. You weren’t a wanna-be gangster?” he asked.

Haddan replied that it didn’t feel that way.

number off. Few people knew about it, but he did use it in previous

Haddan said Walther wrapped a shirt around his face before exiting

the car. This was something he had never mentioned in earlier

There are other holes in the story, Stewart said.

“How on earth does Brandt Walther allegedly know that Too Tall is waiting in the bleachers?” Stewart asked.

Stewart also pointed out how Haddan told investigators that

following the shooting, he made Walther get out of the car early

because he was furious. On the stand, he told Hovatter he took Walther

all the way home.

Stewart asked if Haddan was still incarcerated, to which he replied no.

After Haddan was arrested, he waited three months to come forward with his story.

“You have the keys to get out of the jail, why wait?”

“I think it would be easier to go to prison than come up here today,” he said.

reports and interviews, he testified. He did this, he told Hovatter

earlier, to find fault with the rumors going around and to better his

“If you knew the truth, why did it matter what everyone else said?” he asked

“It just seemed like everyone was pointing the finger at me,” Haddan said.

“So you wanted to point the finger at Mr. Walther?”

The trial will continue Wednesday.