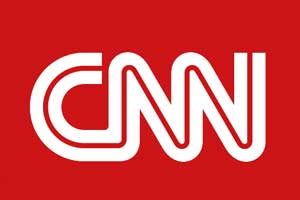 MODESTO, California (CNN) — Details leaked from an autopsy report and the sudden removal of Laci Peterson’s belongings by her bereaved family have increased tensions in the murder case against Scott Peterson.

The story of Laci Peterson’s disappearance has made national headlines since the pregnant woman vanished December 24. The twists and turns have included revelations of Scott Peterson’s extramarital affair with a Fresno massage therapist and a debate over whether Peterson was preparing to flee to Mexico when he was arrested in April.

Scott Peterson, 30, has pleaded innocent to two counts of murder in the deaths of his wife and their unborn son, who was to have been named Connor. Prosecutors have said they will seek the death penalty if he is convicted.

The bodies of Laci Peterson and her unborn child washed up along the shore of San Francisco Bay in April, just miles from the marina where Scott Peterson said he was fishing the day she disappeared. The bodies were identified through DNA analysis.

The true-life drama continued this week, starting with revelations Thursday from a sealed autopsy report and continuing Friday with a surprise visit by Laci Peterson’s family and friends to remove her belongings from the Peterson home.

Late Friday, a source with Scott Peterson’s defense team told CNN that the attorneys were considering asking police to arrest members of the slain woman’s family for taking her belongings over the objections of defense lawyers.

The actions were “unbelievable,” a defense source said.

Adam Stewart, an attorney for Laci Peterson’s family, the Rochas, said nothing that was taken had any bearing on the case.

Stewart said prosecutors had approved the family’s request to retrieve personal items, though prosecutors later said they had not given permission.

The episode might have been precipitated by a news release sent out earlier in the week by the Rocha family’s lawyers, complaining that they had been unable to reach an agreement with defense attorneys to get Laci Peterson’s personal effects out of the house. The release listed the items the family wanted.

Clark said when he related that conversation to Laci Peterson’s mother, Sharon Rocha, “She was very emotionally distraught and said, ‘I’ve got to do something.’

“So, she acted from the heart,” he said.

Modesto police, who arrived at the house while the items were being loaded into pickup trucks and sport utility vehicles and driven away, said they were treating the dispute as a civil matter, though they planned to catalog what had been taken.

Meanwhile, the judge in the case told attorneys on both sides Friday that sealed documents in the case were not to be “released, conveyed or disclosed” to anyone but the attorneys involved.

Superior Court Judge Al Girolami’s reminder came a day after details of the autopsy report on the Petersons’ unborn son were leaked to the media.

CNN obtained details of a portion of the autopsy report from a source close to the investigation, who spoke on condition of anonymity.

According to the source, the report said that “one-and-a-half loops of plastic tape” were found around the baby’s neck and that he suffered a tear across his chest after death.

Kim Petersen, a spokeswoman for the Rochas, said the leak of that information was “devastating” for the family.

“It’s been unbelievable to them that somebody would leak this information to the media when the judge asked that those autopsy reports be sealed,” she said Thursday on CNN’s “Larry King Live.” “You never want to hear those details released in front of the nation about someone you love and care about.”

The leak prompted Stanislaus County District Attorney James Brazelton, who had initially opposed unsealing the autopsy reports on Laci Peterson and her unborn child, to change course. He filed a motion asking the judge to unseal them, which will be heard next week.

“It continues to be the view of the district attorney that the evidence in this case should be presented in court through testimony of witnesses and not selectively leaked to the news media by unknown persons whom the press will not identify,” Brazelton said.

Girolami also decided Friday not to unseal search warrants that contain details of what police were seeking during several searches of the Peterson home.

Media organizations had asked to see the documents, but the judge said he was concerned that their release would taint potential jurors and jeopardize Scott Peterson’s right to a fair trial.