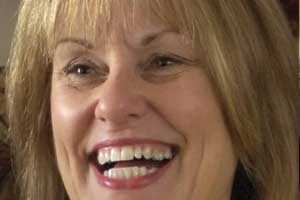 An appellate court Wednesday said $250,000 from a life insurance policy on Laci Peterson should go to her mother, affirming a decision Stanislaus County Superior Court Judge Roger Beauchesne made nearly two years ago.

In a 25-page opinion, a three-judge panel from the 5th District Court of Appeal in Fresno said the fact that Scott Peterson is appealing the double-murder conviction that sent him to death row at San Quentin State Prison is not enough to delay the insurance payout.

Peterson was the beneficiary of the Principal Life Insurance policy dated June 25, 2001, but he forfeited his inheritance rights when 12 jurors found him guilty of killing his wife and unborn son shortly before Christmas 2002, then dumping her body into San Francisco Bay.

Sharon Rocha of Modesto is the executor of her daughter’s estate. Her attorney was delighted to hear the news.

Peterson could appeal the ruling to the California Supreme Court. His attorney, Pat Harris of Los Angeles, could not be reached for comment.

A wrongful death lawsuit Rocha and her ex-husband, Dennis Rocha, brought against their former son-in-law remains on the docket in Stanislaus County as well, with a July 8 trial scheduled.

Laci Peterson’s parents are seeking a $25 million judgment that could keep Peterson, a former fertilizer salesman with few assets, from selling his story.

In the insurance case, attorneys for Peterson argued that the money could not be paid to Sharon Rocha unless Peterson’s conviction was affirmed by the California Supreme Court.

Death penalty cases are automatically appealed to the state’s highest court, a process that can take decades. Meanwhile, the money has been deposited with the Stanislaus County Superior Court and will be disbursed when the litigation over the insurance money ends, a court official said.

The appellate court took judicial notice of official proceedings in Peterson’s sensational case, including a Nov. 12, 2004, verdict that found him guilty of two counts of murder, a Dec. 13, 2004, verdict that made him eligible for the death penalty and his formal sentencing March 16, 2005.

In its ruling, the appellate court said Peterson’s conviction is enough to sustain a civil judgment.

“Any evidence that appellant did not feloniously and intentionally kill his wife would have created a triable issue of fact,” the opinion said. “Appellant pre-sented no such evidence.”

Bee staff writer Susan Herendeen can be reached at [email protected] or 578-2338.