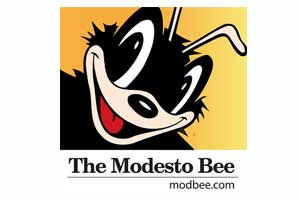 The young mother kicked out of a nursing program last year after supposedly failing a drug test is suing the Ripon Unified School District and a nursing home for racial discrimination.

Kiana Crayton, who is black, accuses them of not verifying positive results for cocaine and then using the test as a pretext for terminating her from the program.

The test was conducted by Bethany Home nursing facility, where students enrolled in the school district’s program performed practical course work. Crayton said the nursing home told her the tests were positive for cocaine. Within a few hours of the contested result, Crayton received a clean test from Memorial Medical Center, and a nurse practitioner cleared her to go back to class.

But Bethany Home refused to review the note, and the school district maintained that if Bethany Home wouldn’t allow her to work at the nursing home, she couldn’t perform required course work or pass the class. The district released her Jan. 17, 2007, a week into the course.

“We still have not received any test results from Bethany Home or the school district,” said Modesto attorney Adam Stewart, who represents Crayton. “And nothing of the test that they retained to have retested. … They haven’t (shown) me the test.”

He said Bethany Home, on Ripon’s Main Street, is a predominantly white care home in a predominately white community and that “we have evidence to suggest some people simply didn’t want a young black woman working there.”

The lawsuit states that Crayton had signed a document in which she had requested that her urine samples be tested by an independent lab if they produced a positive result, but that there is no evidence Bethany Home followed through with that test. And it claims the nursing home violated her privacy by forcing her to choose between completely disrobing or being observed while submitting to the test.

Bethany Home Executive Director Andrew Lee and Leo Zuber, superintendent of Ripon Unified School District, said they could not comment on the allegations because the district has not been served with the lawsuit.

It was filed Feb. 11 in San Joaquin County Superior Court.

Zuber noted, however, that the school district rejected a claim Crayton submitted in July.

“We have nothing to do with testing,” Zuber said. “The arrangement we had with Bethany Home was: We operated a class that trained certified nursing assistants, and we used Bethany Home’s facility as part of that class, and depended on Bethany Home to operate.”

Class is no longer offered

The nursing home abruptly ended its participation two days after stories appeared in The Bee questioning Crayton’s dismissal Jan. 31, 2007. The school district immediately canceled the remaining month of the two-month course, citing the fact that students wouldn’t be able to work at the nursing home.

Zuber said the nursing home was the only one that could offer practical training in Ripon, so the school district no longer offers the program. He said he didn’t recall the nursing home giving a reason for pulling out.

Lee said there was no connection between the decision and the drug test.

He said accommodating the class was costing more than it had in previous years and fewer students were taking jobs at the nursing home after graduation, making it a poor financial investment. Then a norovirus that hit during the term kept out students, he said.

“We couldn’t finish the class because of the norovirus,” Lee said. “And the whole program being close to question anyway because of the financial (element), it just wasn’t working out for us.”

When questioned on the reasoning at the time the class ended, Lee said he was “not at liberty to talk on that.”

Crayton said it is best the class ended. She said the program failed to give everyone equal opportunity.

Crayton said she and her 3-year-old son moved from her mother’s home in Ripon and now live with her sister in Manteca. She worked for a time at a hotel but didn’t feel comfortable and quit, she said. Her hope of becoming a nursing assistant ceased with the course.

“When that ended, I just stayed in the house because it was like telling me I couldn’t do what I wanted to do, I couldn’t live my dream, I couldn’t help people, and I wasn’t good enough,” she said. “So I kind of gave up on the dream of being a CNA.”

Crayton said she has been looking for a school where she can try to work toward becoming a registered nurse.

Her lawsuit seeks back pay, loss of earning capacity, general damages of more than $25,000, special damages such as mental health expenses, punitive damages and attorney fees.

Bee staff writer Inga Miller can be reached at [email protected] or 578-2324.