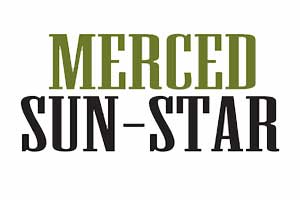 Merced County officials have recommended denying a claim by Eloise Kelsey Souders, the daughter of Supervisor Deidre Kelsey and former county employee, who is seeking $200,000 and an apology after a personnel investigation involving her was released to the public.

The claim filed against Merced County last month alleges that Souders suffered damage to her professional reputation and personal relationships resulting from the internal report’s release. The claim outlines allegations of slander, defamation, invasion of privacy and public disclosure of private facts.

The 134-page report in question was released to the Merced Sun-Star after the newspaper submitted a Public Records Act request in January. It contained details about an alleged “perceived” sexual relationship between Souders and the public defender at the time, Eric Dumars.

The county launched an investigation of the Public Defender’s Office on Oct. 30, 2013, after officials said they received complaints of favoritism, potential retaliation and workplace safety concerns about Dumars. Souders, a criminal defense attorney, worked at the Public Defender’s Office at the time of the investigation but voluntarily resigned on Jan. 3.

The county paid an independent investigator, Susan Hatmaker of Fresno-based law firm Sutton Hatmaker Law Corp., $25,123.51 to investigate the claims and detail her findings in the report that was later released to the public.

Souders’ attorney, Modesto-based Adam Stewart, said the report was intended for the eyes and ears of Merced County supervisors, who were meeting in closed session to decide whether to discipline or release Dumars. The report had no public interest, Stewart said, and has been “very damaging” to his client.

“The contents of that report were prepared to be discussed in closed session to make a personnel decision,” Stewart said. “They shouldn’t have released it at all. It wasn’t necessary to accomplish what they wanted to accomplish.”

Stewart said he’s surprised the county is not discussing settlement options with his client. Stewart said he intends to file a lawsuit on behalf of Souders, but hopes the case is moved out of Merced County since the county’s attorneys are responsible for releasing the report.

Merced County Chief Civil Litigator Roger Matzkind said the county acted appropriately in releasing the report based on a Public Records Act request and redacted the names of employees of the Public Defender’s Office.

Matzkind said part of Souders’ claim was rejected because it was filed too late. Souders apparently had six months to file that portion of the claim, he said. Souders has an option to file a letter explaining the reason for the late claim, and county officials can consider an extension.

The rest of the claim was rejected because it was not well-founded, Matzkind said.

“It was rejected because there is no merit to it,” he said. “I can’t go into great detail because it’s a pending case, except to say we consider it to lack merit.”

The recommendation to reject the claim has to be approved by the Board of Supervisors before Souders has the option to file a lawsuit within six months. The recommendation is scheduled for action during today’s board meeting.