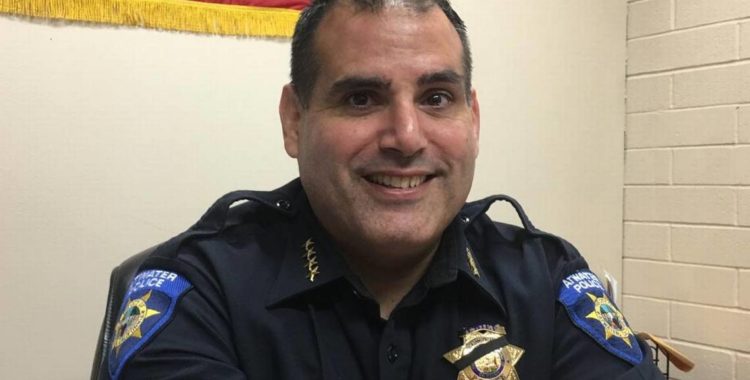 Members of Atwater’s police union gave a vote of no confidence this week against its recently removed chief, the union said in a statement.

The Atwater Police Officers Association members met Tuesday and discussed their concerns related to Chief Samuel Joseph, according to Sgt. Dave Sarginson, the union president. Joseph who was removed Monday in favor of an acting chief.

The union of about 30 employees cited a “lack of leadership” and “feeling of overall distrust” fostered by Joseph as reasons for the vote, according to the statement. Two-thirds of the members were at the Tuesday meeting and approximately 85 percent supported the vote of no confidence, the statement said.

Sarginson declined on Wednesday to say exactly how many people were present and how many supported the no-confidence vote. The same topic had come up at previous meetings, he said.

SUBSCRIBE NOW
“This was not just something we did overnight,” he told the Sun-Star. “This is something we’d been discussing.”

The meeting was held at a public place, though it was not open to the general public, he said.

Joseph, who has been chief since November 2016, remains on paid administrative leave, according to de Werk.

“I think it’s an unfortunate situation,” he said on Wednesday. “I think the agency – that means me and all parties involved – need to identify what the problems are and work to resolve them.”

Over his decades as a public employee, de Werk said he’s seen no-confidence votes and they are typically “symbolic” of issues that need to be fixed.

Joseph has hired Adam Stewart, a Modesto-based attorney who’s worked on numerous high-profile cases throughout the Central Valley. Stewart on Wednesday blasted de Werk and the no-confidence vote, which he described as “fake.”

Stewart said when Joseph was placed on leave Monday he also was told Atwater officers had taken a vote of no confidence in his leadership. But a police union leader confirmed the officers didn’t vote until Tuesday, a day after Joseph was suspended.

“These officers, these gentlemen, were corralled and pressured by this city manager and former police chief who left Ceres under suspicious circumstances,” Stewart said Wednesday.

“This is, at a minimum a complete waste of taxpayer’s money,” Stewart said. “Chief Joseph is ready, willing and able to come back to work right now; instead this city manager has the taxpayers paying him his full salary to sit at home.”

Stewart said placing Joseph on leave was part of a “personal vendetta between de Werk and Chief Joseph.”

De Werk said he is hiring a consultant for a “comprehensive review” of all of the city’s operations, not an evaluation of Joseph. He declined to comment on the other comments from the attorney.